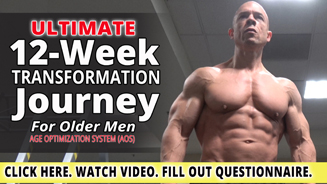 I have experimented with many body part training splits over the years, but none produce results that compare to the ones I’ve achieved while training one major body part a day and training each body part once every week. Al McGuire, the late Marquette University basketball coach, used to say “you gotta dance with who brung ya!” What the heck does that mean, you ask? Literally, it means that you are obligated to dance with the girl or guy who invited you to the dance—and no one else. As a basketball coach, McGuire felt that he should use the same strategies, routines, and philosophies during the championship game as he did during the entire regular season. It was his team’s success during the regular season that gave them the opportunity and privilege to play in the title game. In this instance, it means you must use the strategies that made you successful in the first place. So when a person asks me, “How many body parts should I train each workout?” I must tell them what has worked best for me and why I feel they also will benefit from my experiences. Without a doubt, training only one major body part during each workout has helped me pack-on muscle year after year.

The Benefits Of Training One Body Part Once A Week

I wouldn’t be a good coach to you, if I didn’t persuade you to use the exact same strategies, routines, and philosophies that have led to my success as a bodybuilder. It’s that success that has given me this opportunity and the privilege to communicate these strategies to you at this very moment.

A mentor of mine suggested that I abandon my three on/one off training regimen and adopt the one-major-body-part-once-a-week approach. And it was this training routine that launched me into unbelievable muscle growth over the years. My training significantly benefited both mentally as well as physically. Mentally, my training intensity went through the roof because I no longer needed to pace myself through long, grueling workout sessions. I didn’t think I was pacing myself before, mind you, but the truth of the matter is, I was. Training sessions became more like a sprint rather than a middle-distance race or a marathon. Training your body less frequently creates a feeling of uneasiness, or what I call, a sense of urgency. Creating that sense of urgency dramatically increases the magnitude of every workout. The benefits, however, have a far greater affect than just bolstering my mindset. Physically, my training exploded to new heights as I became stronger and recovered much more efficiently. More strength and better recovery has led to a lot of new muscle. When you train less frequently, you will have more strength during each body part workout. If you successfully overload the muscles with heavier weight, you will stimulate more growth over time.

Recuperation from each workout is probably the most important, yet most-often neglected component of building muscle effectively. Recuperation means allowing your muscles to fully recover after each intense workout. Only when your muscles have fully recuperated can they be blasted again with intensity. That is, of course, if you expect to build muscle in the most effective manner. The more often a person can train—in that fully-recovered state—and then train again, the more quality muscle that person will be able to add in a shorter period of time.

I ask you to give this strategy a try for a few weeks. If not for its physical benefits, experiment with this regimen for the mental advantages. I discovered that my newfound level of intensity made my old one seem feeble by comparison.

P.S. Get exclusive access into my members only website because it’s the perfect way for you to master your bodybuilding, training, and lifestyle efforts. For just one low monthly subscription fee, you’ll get hours of videos, hours of audio programs, workbooks, and much more. You can cancel your membership at any time. Go here to get instant access into the Skip La Cour Members Only website.